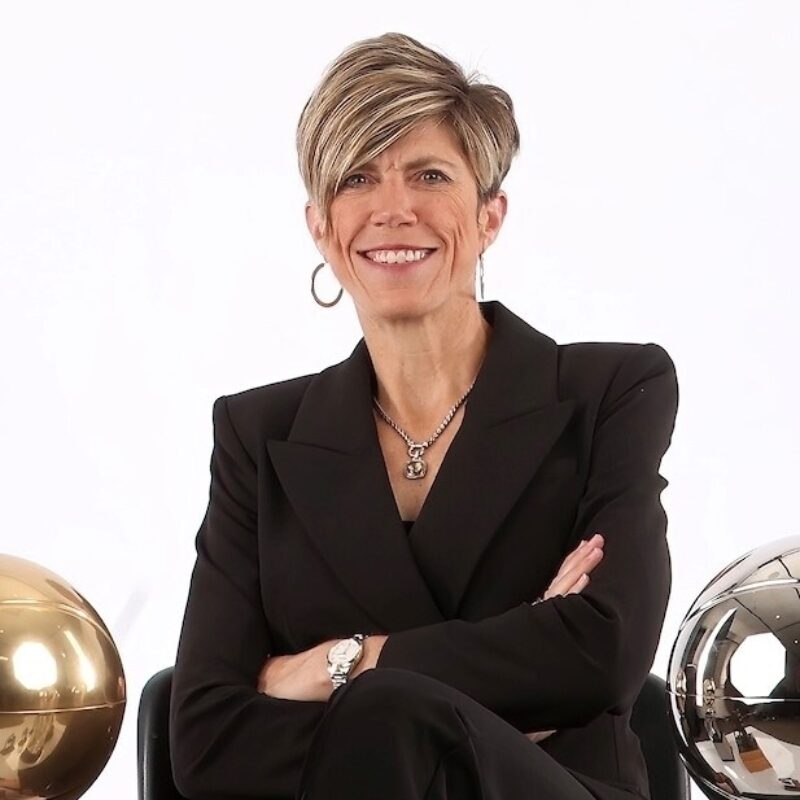 Jan Jensen is in her 23rd season with the Iowa women’s basketball team and her 19th as associate head coach. Jensen has helped guide Iowa to 20 postseason appear­ances, including 16 NCAA Tournament berths. With Jensen on staff, the Hawkeyes have claimed three Big Ten Tournament and two Big Ten Regular Season titles.  Most recently, Jensen and the Hawkeyes won both the Big Ten Regular Season and Tournament Champi­onship in 2022, winning both titles for the first time in program history.

A nationally-known presence on the recruiting trail, she serves as the recruiting coordi­nator and also works with the post players. Under her tutelage, nine Hawkeyes have claimed a total of 19 All-Big Ten honors, including six first team selec­tions. Jensen also guided Megan Gustafson to the first consensus National Player of the Year honor in Big Ten history. Jensen was also integral in recruiting current Hawkeye star, Caitlin Clark. In Clark’s first two seasons, she holds numerous National Point Guard of the Year awards, All American honors, as well as being named the 2022 B1G Ten Player of the Year.

The Kimballton, Iowa native graduated from Drake in 1991 with a degree in Public Relations. She left as one of the most prolific women’s basketball players in Drake history and is one of only two Bulldog student-athletes to have her number retired in the Knapp Center.

Off the court, Jensen is active in her community. Jensen has co-chaired record-setting United Way Fundraising campaigns, served on the boards of the United Way, Shelter­house and Iowa City Community School District Foundation. Her recog­ni­tions include the 2007 United Way Volunteer of the Year, a Corridor Business Journal Woman of Influence in 2014, and was one of five honorees to receive the 2020 LGBTQ Legacy Leadership award by Des Moines Magazine and One Iowa.

Jensen is a sought-after speaker that uses her unique experi­ences as a former athlete, current coach, and busy mom to engage and motivate audiences from sports arenas to corporate board rooms, to any town hall, or banquet venue. She and her spouse, Julie Fitzpatrick, have a son, Jack, and a daughter, Janie.